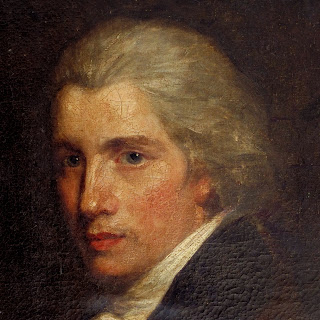 Chapter Two
Sir John St Aubyn, 5th Baronet, was born at Golden Square, London on 17th May 1758. Sir John was captivated by science and the arts and was a keen collector. Sir John's father (the 4th Baronet) was brought up by a Dr. William Borlase (1695 to 1772), a passionate mineral collector and Natural scientist. The influence of his father’s learned interest is likely to have also assisted in creating Sir John’s fascination with minerals and the natural world. St Aubyn succeeded to the baronetcy at the age of fourteen and was a clever and distinguished man. He served as High Sheriff of Cornwall (at the age of 23), and went on to become a Fellow of the Royal Society, Fellow of the Linnean Society, member of Parliament, Fellow of the Society of Antiquarians, Fellow of the Geological Society of London, Fellow of the Society of Arts and Provincial Grandmaster of the Freemasons. The St. Aubyn’s were also well-known gardeners in their time, and on the 5th baronet’s Royal Society election certificate, his interest in botany is mentioned.
Sir John was also interested in the arts and collected a huge number of engravings and etchings which were sold at Phillips’s Auction Rooms in April 1840. The collection was so vast that the sale is said to have lasted for seventeen days. Sir John was also an early and constant patron and friend of the painter John Opie, and was a pallbearer at the artist’s funeral in April 1807. 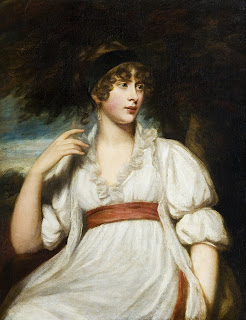 Sir John St. Aubyn is said to have spent a lot of time with a number of young ladies in his early years, but the first lady to live with Sir John was Martha Nicholls. Her father, John Nicholls, came from an old Cornish family and was a well known landscape gardener. Astonishingly, Sir John St. Aubyn never married Martha, even though she had five of his children. Instead, he married the other lady in his life - Juliana Vinicombe. Sir John met her when she was very young and sent her to be educated at Cheltenham. He eventually married Juliana, a blacksmith’s daughter, in 1822 when he was 64.

The St. Aubyn family had two estates in Cornwall – Clowance and St. Michael’s Mount, which Sir John inherited from his father in 1772. However, it appears that Sir John St. Aubyn found life in this part of the country rather uninspiring for his tastes in fine art and literature, and so he spent more of his time in London, or on estates closer to the city.