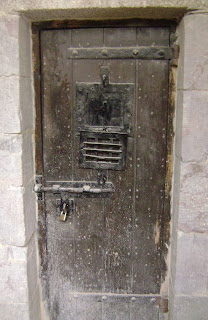 The Prison Cells in Devonport Guildhall


On Monday, my colleague and I visited Devonport Guildhall to meet up with some staff members to talk about the touring exhibition. We needed to find a space to put the panels in, and so we were slowly taken around all the free spaces in the old grandiose building.


In the last part of the building were what the contractors called 'the cells'. To begin with, I had in mind little cubby-holes or a small space which they had called 'cells' as a modern term. However, I was quite mistaken - they really did mean cells! I managed to take a photograph of one of the doors (left) of the room (below). This space had such a dramatic atmosphere and seemed to be such a find, that I thought I'd share it with you all. I don't think many people know about these cells.


Just out of interest, Devonport has the only working gallows in the country. 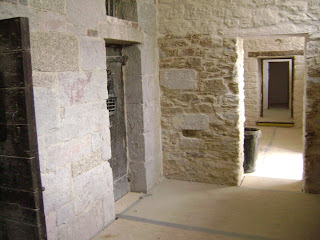