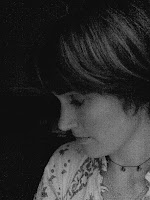 When I was at University I thought, as one does, that it would be an awesome idea to have a pseudonym. I liked the idea of no-one knowing who I was. I was also rather entranced by the thought of a 'treasure trail' of items branded with such a pseudonym so that people in a hundred years or so would be puzzled. I had daydreams of books with the Ginkgo logo inside suddenly becoming very valuable. Oh I do dream don''t I?! Anyway, I had forgotten this notion, mainly becuase I have learnt to like my name. Then today I managed to download four years worth of images off of my mobile phone, and found this rather delightful photograph of all my book labels piled on top of eachother, reminding me of the days when I did take my pseudonym rather seriously! 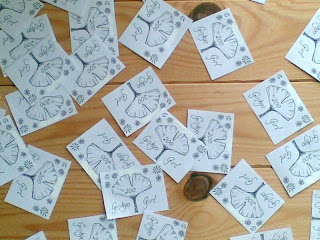