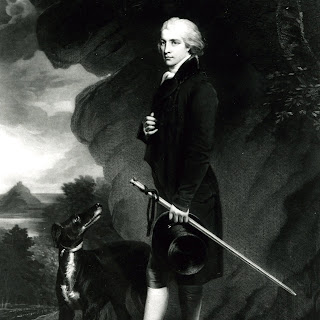 It is my last day at Plymouth City Museum and Art Gallery on Thursday, and I am getting ready to leave all my 18th Century friends behind in the museum stores. It's a sad time, but it has been an amazing two years worth of work. I cleared my desk today, and filed the last pieces of paper. I have managed to accumulate 10 fat lever-arch files with all my research - you should have seen my managers face when I had to pass everything onto him. I know how he feels - rather how I felt two years ago - overwhelmed!