Mrs Delany and her Circle 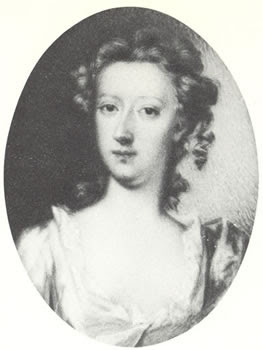 
So, hidden in the back of the building were two rooms - one filled with beautiful potted plants and another which was so cleverly designed (from a exhibitions/museum-point-of-view) that I was rather impressed. The museum is a small space you see, so to get an exhibition inside it would have required a lot of planning, and I admire the amount of careful thinking that has obviously gone into this exhibition.

I am not going to tell you what it is all about, as that would spoil the trip. However, it is a marvellous sight. There is a fascinating balance between text and object all around the room so that one could never get bored. There are 18th century tools, a large selection of Mrs. Delany's embroidery's (which are stunningly beautiful) and a series of her sketches, paper collages and letters.

She was born at Coulston, Wiltshire, a niece of the 1st Lord Lansdowne. In February 1718 she was unhappily married to Alexander Pendarves, a wealthy Cornish landowner considerably her senior, who died in 1724. Interestingly, Pendarves was good friends with Sir Jon St. Aubyn, and so it is very likely that the two families would have known eachother very well indeed.

Anyway, during a visit to Ireland she met Jonathan Swift and his close friend, the Irish cleric, Patrick Delany, whom she married in 1743. After his death in 1768 she passed all her summers with her intimate friend the Dowager Duchess of Portland, who introduced her to George III and Queen Charlotte.
In 1771, Delany began to create cut out paper artworks (decoupage) as was the fashion for ladies of the court. Her works were exceptionally detailed and botanically accurate depictions of plants. She used tissue paper and hand colouration to produce these pieces. She created 1,700 of these works, calling them her "Paper Mosaiks". 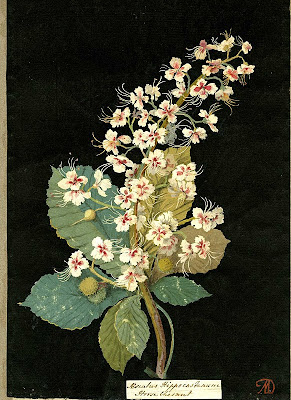 This is a fabulous exhibition which has been put together by Sir John Soane's Musuem and the Yale Center for British Art, New Haven. It is even accompanied by a major publication Mary Delany and her Circle published by the Soane and the Yale Center for British Art. I ended up purchasing the book... I couldn't help it. I am supposed to be cutting down on the book-front after moving them all for a billionth time and realising that I have far too many (they actually reach the ceiling in my new room).

The exhibition runs until the 1st May...
Posted by Inky Leaves at 10:49