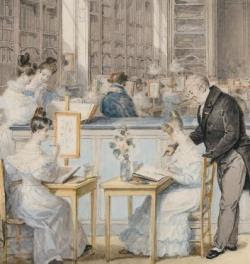 Flower Drawings: Redouté and his Pupils

A beautiful summer exhibition of flower drawings by Joseph-Pierre Redouté and his pupils is being shown at the Fitzwilliam Museum.

The 'Raphael of flowers', Joseph-Pierre Redouté, internationally famous for his prints of roses and lilies, was the finest botanical draughtsman of his age. He worked for both Marie-Antoinette and the Empress Joséphine.

His school of botanical drawing in Paris had over 80 pupils, the majority of them women, several of whom became professional painters of flowers and their work will be shown as part of this exhibition. 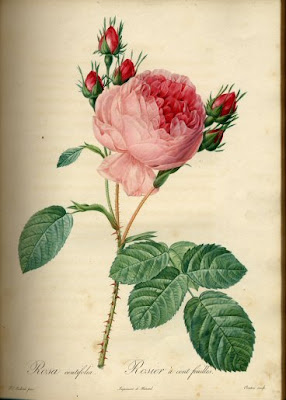 The exhibition celebrates the recent acquisition of Julie Ribault's watercolour, painted in 1830, of Redouté's school of botanical drawing in the Salle Buffon of the Jardin des Plantes, exhibited here for the first time since it was shown at the Paris Salon of 1831.

The exhibition runs from Tuesday 19th July 2011 to Sunday 30th October 2011 for anyone who finds themselves in the area.