Today I am sitting next to an egg. It's about 4' tall, slightly furry and intimidating... It's one of David Nash's creations and I love it. It is so enticing and quite remarkable. To me it whispers of a new beginning - an idea. To others it will represent other things, but there it sits, dormant... listening and watching. 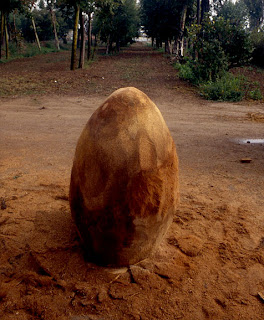 It is made out of a Palm tree, which is why it is a bit furry. I heard that it came from a tree hospital in Barcelona where they apparently try and help sick city trees before re-planting them out. There are always healthy trees from the hospital which can be used to replace the  sick trees that are removed. Sounds fabulous and I wish more cities did this. I am trying to find out more about it on-line, but can't. Is there anyone out there who can point me in the right direction? I'd love to forward this story on to a friend of mine, but I need something to back it up. 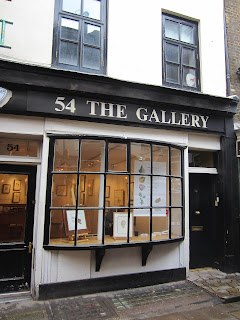 Popped into the Amicus Botanicus exhibition yesterday in Mayfair. It was lovely to see a different botanical art show, to see the space, how it's hung and to see some new work. Carolyn Jenkins' work was beautiful. It was much smaller than I thought it was going to be (seems to be a common theme as we all kept having that feeling during the SBA exhibition). My favourite as the Cynara carduculus - she had managed to portray exquisite detail on the leaves. I also liked Sally Pond's Rubus painting - such a wacky composition - rather refreshing to look at.  Linda Compton McDonald's work was also a personal favourite. You can see both of the paintings on the Amicus Botanicus website. 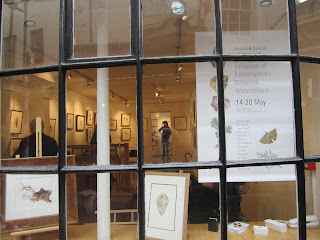 With this being such a short exhibition there wasn't a catalogue produced, so I am afraid I can't post any on as I thought I might have been able to. I have heard that Katherine Tyrell is going to do a little review on her blog soon though.

Then onwards to The School of Life Live... 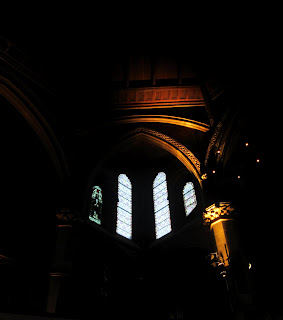 Held in the Union Chapel in Islington, this was a brilliant event which I thoroughly enjoyed. I even got some enlighten-mints! About 900 people gathered in the church to listen to six 20 minute talks by some renowned writers and speakers who covered several aspects of life in each lecture. My favourite one was 'How to change the world', but they were all good: Roman Krznaric (How to Find Fulfilling Work), Philippa Perry (How to Stay Sane), John Armstrong (How to Worry Less about Money), John-Paul Flintoff (How to Change the World), Tom Chatfield - (How to Thrive in a Digital Age) and Alain de Botton (How to Think More about Sex).

They gave me a lot of food for thought and I wanted to draw attention to them here because I thought the lectures were creatively executed and inspiring. They have published six small books that sit alongside these talks, I might be tempted in a couple...