On Thursday I popped into the Whitechapel Gallery with my mother for a general snoop around. I didn't know at the time that Giuseppe Penone was exhbiting there and I wasn't quite prepared for the treat. So delighted was I with his writings and observations, that I had to share them here. 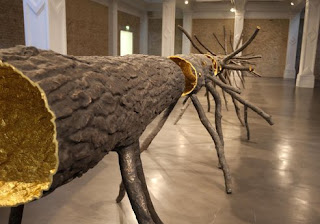 Rather like David Nash at Kew, trees have been a focal point for Penone throughout his career. However, Penone appears to be more interested in bringing the outdoors inside and in his work he investigates the relationship between our bodies and the ecosystems we inhabit. It is this last bit which I think struck such a cord with me, as I am myself very interested in mankind's relationship to the botanical world. 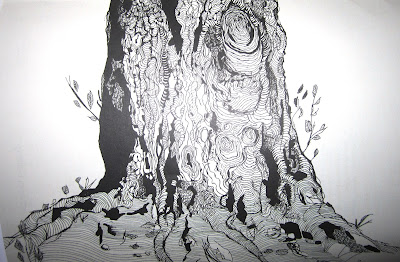 From the very beginning, Penone has reflected on his work by writing poetic aphorisms. Two of these have been selected for the exhibition, and I have included one here. I thought it was the most beautiful thing I have read in a while and quite thought provoking. This poem helped me understand his magical golden piece: Spazio di Luce. 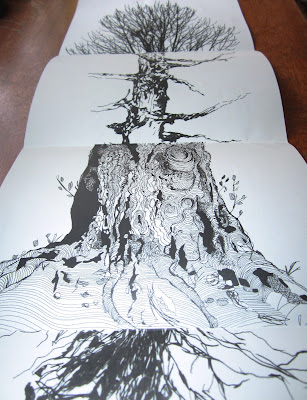 I totally recommend seeing this golden tree. It's a well curated exhibition and it'll be on show in the Whitechapel Gallery until 13th August 2013.