These beans are from my back garden in London. I grew them this summer and hadn't realised that they were ready for cropping because the purple colour was so deep that they didn't reveal themselves to me at first glance. They remained hidden in the shadows of the vines, waiting, growing and becoming ever rougher and tougher. One day whilst sunbathing and tying up stray stems, I realised that they were there lurking behind the canes - I had just missed them all. So, within seconds, I put string down and dutifully picked them.

They were rather odd looking if I am honest, like the fingers of a dead man. Most likely a result of me neglecting them for so long. Over all that time they had pretty much gone over and had ripened into something more menacing and grotesque. Still, what an amazing shade of purple! I arranged them on the kitchen table in a pile that ended up being circular in shape and just stared at them. Gorgeous. I don't think I have seen such intense hues of indigo on a plant before. Especially something that isn't flowery...  The natural world never ceases to amaze me.


The fact that these beans are rather frightening to behold, I decided to do some playing around with a photograph of my painting. Using my nexus tablet, I colour inverted the entire painting. The result is even more spectacular and creepy: 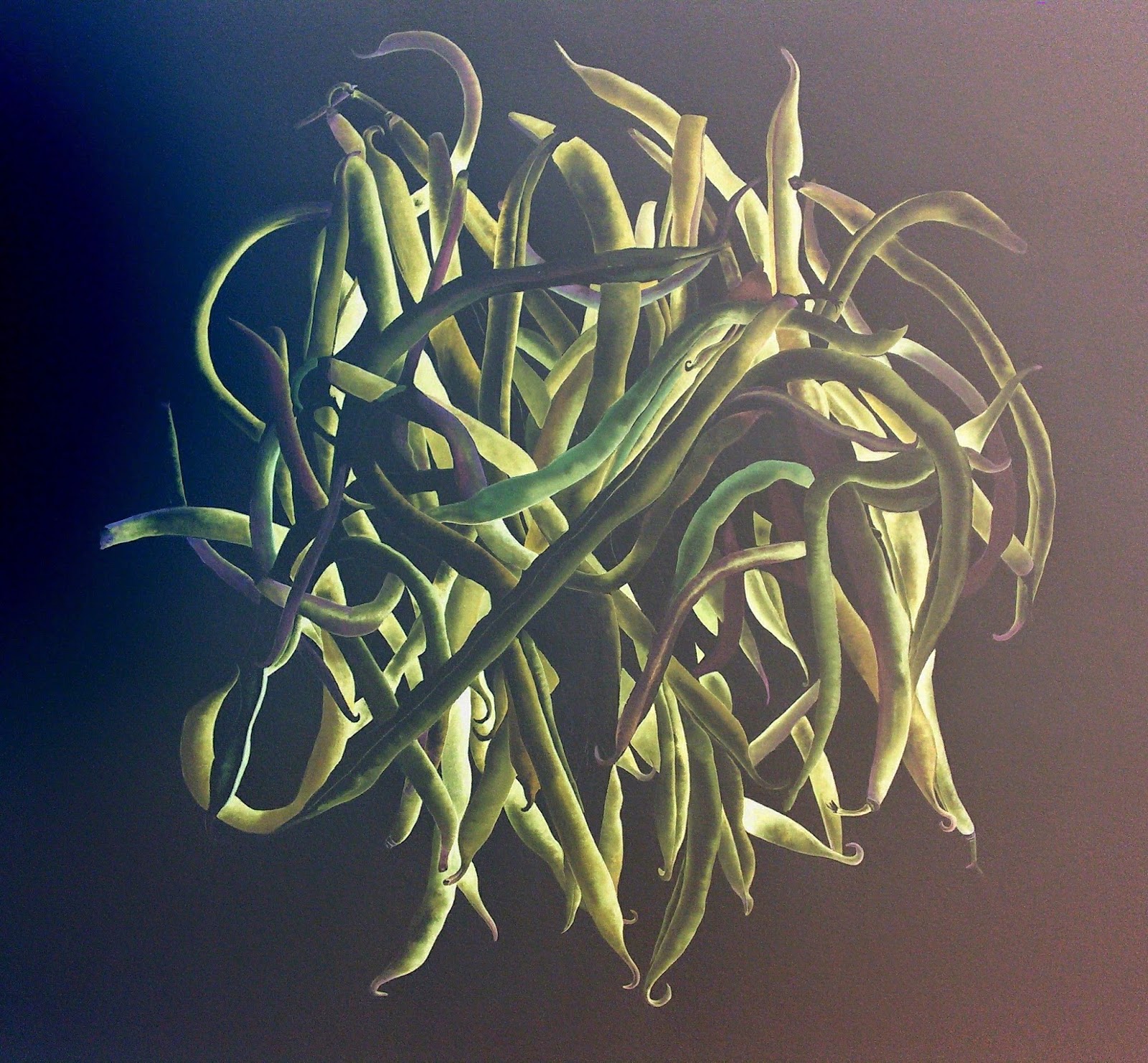 I rather like the affect... looks very unworldly. I wonder if you could get the same affect with paint if you were to work in Gouache? It's certainly something worth thinking about as there are a couple of projects I am currently spinning out in my head (other than the Bare Necessities), one of which is about depicting the otherworldliness of plants in a rather scary way, and I reckon this fits in nicely. 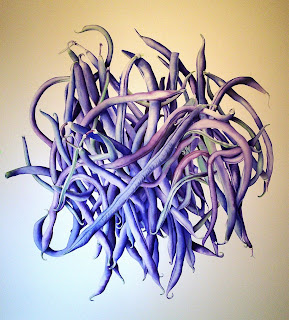