Things are heating up

This week I ended up swapping watercolour paints for emulsion and brushes for drills as I helped to curate the Incredible Exploding Pomegranate Exhibition (click on the artist's name to view their page). After an 80 hour week of hard physical graft in 40+ degree heat (see below) I should now be putting my feet up in the back garden, but you know me... it takes me a while to switch off. I ache all over, especially my hands, but it was totally worth it and I would do it all again, which is just as well, as we are doing it all over again next week at our other location at La Conca. 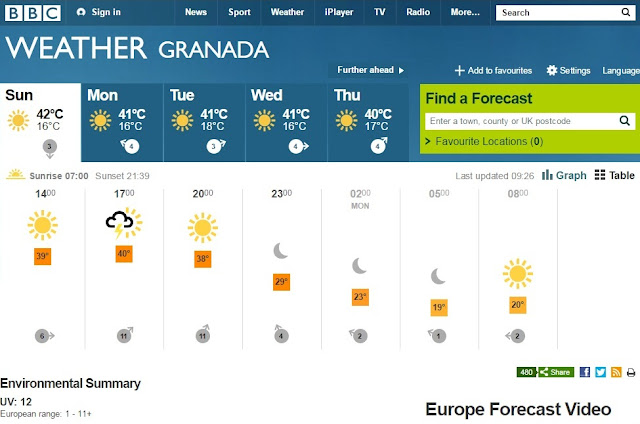 June has been a very quiet month on blogger for me as started the month travelling around the UK meeting up with clients and friends, dropping off work for the RHS, visiting Kew Gardens and several design companies. I also had to find a Yellow Loosestrife for a client, and rather luckily I managed to book my flights bang on their flowering time. I was rather worried that things would be a little slow to flower in England after such a cold Spring, but someone was definitely on my side and I had glorious weather throughout my stay. After a busy two weeks seeing so many people and sleeping in so many different beds, I managed to create a rather spectacular mountain of work for myself to do in Spain. But that's no bad thing... 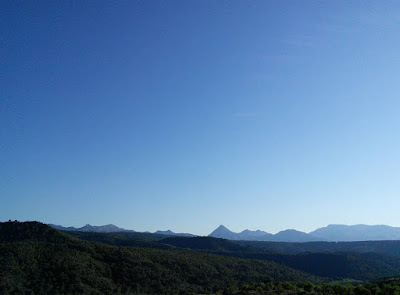 View from no man's land - talk about expanding!

I returned on the summer solstice and spent a couple of days in the studio, reacquainting myself with colours and how the water interacts with the Spanish atmosphere, but no longer had I unpacked my suitcases did I find myself packing them again as I had to spend a night in the middle of no where house sitting and dog watching. This experience was amazing, especially after the hum-drum of London. Never before I have a lived in a space so quiet on my own. It was a little unnerving, it has to be said, but incredibly affirming. It was bloody hot where I was, hottest I have ever been - 40 degrees Celsius IN THE SHADE. Alas, no countryside walks for me in that sort of heat...

After a few days in no-man's-land, I then returned to Belicena where I had a 10 hour turn around to pack my suitcases yet again as I was needed in Salobreña to help curate our summer exhibition, which you can read more about here.  There is a facebook page for the collective here and El Casino Gallery also has its own facebook page . 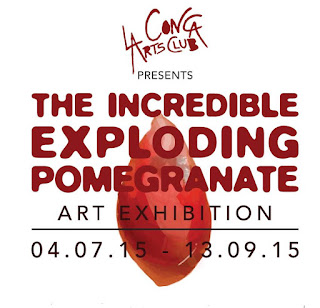 The exhibition, which I know you all know a lot about as I have mentioned it before, will run all summer and is very much a team effort. All the artists , organisers and judges (selection committee) have worked incredibly hard to make this magical, spectacular event happen. If you ever find yourself in Andalucia this summer I recommend a visit to at least La Conca or El Casino.

On Monday I left at noon after some seriously mad packing, as I had to also pack drills. saws and several other artists work including my own and my mothers. My neighbour was kind enough to offer me a lift, but no sooner had we left when we hit our first obstacle at the petrol station where sadly Martin accidentally filled his diesel engine with petrol. Luckily he realised before starting the car - this is what 40 degree heat does to you... cooks your brain! So I spent an hour at a petrol station drinking beer (yes they have bars here) cutting out exhibition labels. All rather surreal. After much kerfuffle Andrew ended up getting me to El Casino.

In honesty, I wasn't sure what I was expecting to arrive to. I think I rather snobbishly thought that it would be a white cube - rather like the Shirley Sherwood Gallery or Tate, but on a smaller scale. I did not think that I could be entering what really one could only describe as a building site. I then realised that I wouldn't be staying only two nights as planned, and that the next 5 days were going to be as intense as hell, but possible. Nothing is impossible if you put your mind to it and work damn hard.


So here is a glimpse of what I have been up to. We all slept in a dorm on floor mattresses and had a brilliant time. We worked and played hard. The preview party was an absolute blast, and I am hoping to my mitts on some photographs of this soon. I would have taken some, but regrettably I hit a brick wall and fell into a catatonic state...
Posted by Inky Leaves at 05:24