"Sometimes I can hear my bones straining under the weight of all the lives I'm not living."
Jonathan Safran Foer, Extremely Loud and Incredibly Close


It is the morning, and like all mornings I wake up and check on all my seedlings. I feel like the Little Prince and his flower on his lonely little planet. Every morning since October I have walked onto the barren, icy roof terrace in my bare feet to inspect the moist, dewy pots for any signs of life. It's become a habit. Thing is, I secretly know that there is life under the dark soil. A few months ago the wind and rain had exposed a thick white searching root in one of the conker pots. I quickly covered it up again, worried it would get dry. This particular conker still hasn't sent an upward shoot, but to my delight, another one has! The conkers I planted in October on my birthday are now growing. 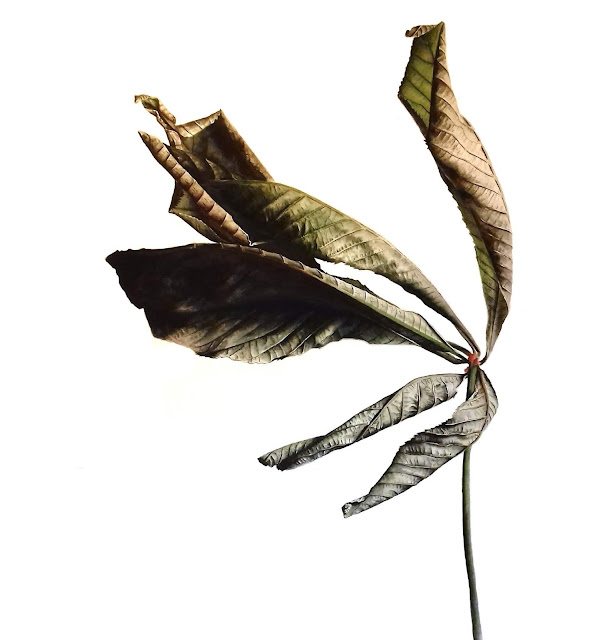 It's been a funny few days here in Spain. Things haven't altered that much for me since the outbreak of Covid19. I am still in my hermetic studio, but I am aware that the entire country is in lockdown and you are not allowed to leave the house for any other reason than for food and pharmaceuticals. You can walk your dog around the block, but only one person is allowed to do this. Same with food shopping. The rules are strict, but everyone here is happy to abide by them. Spain has a huge sense of what it is to be in a community and they all look out for one another. For me, life hasn't really changed. The only alteration is that I am now no longer able to go on my daily walk in the countryside.

It has been 63 years since Yves Klein painted 11 identical blue canvases for his ‘Proposte Monocrome, Epoca Blu' at the Gallery Apollinaire. For this exhibition, each canvas was painted with an ultramarine pigment which was suspended in a synthetic resin that would retain the brilliancy of the blue. Klein sought to challenge the boundaries between art and life. He posed questions concerning the nature of art, what it was, is and might be, and consequently challenged all borders and structures. The world is blue and blue has no borders and here we all are, hidden in the borders of a room, a house, a town, a country, now unable to wander.


"Procrastination is productive and intelligent.
Our urge to wander around instead of getting right to it is usually a signal that a deeper creative process is occurring, one that needs time we aren’t giving it."
Chani Nicholls

"Heroes are usually wanderers, and wandering is a symbol of longing, of the restless urge which never finds its object, of nostalgia" Carl Jung. Blue Flower is a project about movement and wandering. Freedom of movement. An essential right for any human. At a time of Brexit and the rise of Spanish Vox and other restricting forms of politics, I chose Blue as an act of rebellion, like the age-old romantics who'd rebel against social norms and would go wandering fields writing poetry. Blue is a colour that moves and essentially this project moves too. It skips between the vast landscapes of dreams, Dreamtime and the imagination, to the frontiers of our planet. It focuses on the landscapes, above and below us; the habitats, the cultures of faraway places, right into the belly of our homes. The fact we are all now 'trapped' in our homes does not stop Blue.


‘The sole cause of man’s unhappiness is that he cannot stay quietly in his room.’
Blaise Pascal

The flowers for this collection are used specifically to tell a particular type of story - there are many flowers, many stories and many shades in blue. It's about life. A blue life. As I move with blue, the paintings themselves have changed stylistically. As the colour is explored the style changes in order to capture that 'thing'. The thing is essentially about longing. Longing for faraway places that we shall never arrive in. Longing for the perfect, the comfortable. Longing for love, longing for change, longing for a better world. Blue Flower is as relevant now as it has always been.

The flowers I have documented so far chart my own journey up to this point and have all been intentionally picked. Hyacinth for a domestic landscape, dyed Roses for something more unnatural, Forget-me-Nots for their association of not being forgotten. Some flowers were deliberately looked for in places of cultural significance, Covent Garden, Columbia Road, a street seller on a pavement in London in order to capture a moment in time. Others have been located in their landscapes, Orchids and Gentians and others have been found in botanical zoos or gardens, as not all flowers now grow in their motherland. Many now can't be found in their natural places. Displaced. A sign of the times.

Blue Flower up until this point has been a snapshot of a world in decay and was always going to be about my pilgrimage to the utopian picturesque, as in true Romantic form. Blue Flower, a seven-year project, is reaching its turning point in 2020, just as I felt it would. Borders are closing and everyone is being put on a spiritual retreat if they like it or not. They are having to find new ways of connecting whilst coming to terms with what they need, what they truly want and who they really are. The land needs nurturing like an egg. We need to slow down for a bit. To turn away from the mechanical world outside, towards the feminine, mystical world inside. Science extrapolates but poetry interpolates. Being inside is poetry. Everything outside of us is empirical. The real blue flowers are inside of us. Let's be like quantum thinkers in our profound search for an unseen world.

This 'silence gives us an opportunity to appreciate a great deal of what we generally see without ever properly noticing, and to understand what we have felt but not yet adequately processed. We have not only been locked away; we have also been granted the privilege of being able to travel around a range of unfamiliar, sometimes daunting but essentially wondrous inner continents.' The Book of Life


Since August 2018, I have been on a journey that is beyond words. I found a deep space inside of me, a whole landscape that I have been mostly happily roaming around in, to the point that I haven't been able to roam in reality and articulate. My issue over the past two years has been that I haven't found myself inhabiting the same place as most people I know. A gap that began to grow from a crack of blue. This has been my greatest upset over the past two years. That a gulf has been manifesting between me and you for months. I've been finding it harder and harder to bridge the distance because our brains felt like they were not in the same place even though our hearts were.

However, since Covid 19, I suddenly feel less alone because now everyone is living a life I have been living - an isolated one, a virtual life. Life in another dimension. A life where all of your friends are far away. They might be in the same town, but you now can't 'see' them. For me, some of my closest friends are in different countries, and I am lucky to see them once every two or three years. I live mostly alone in silence. I have been in this place of living since August, but I had a dress rehearsal in Tasmania, where I was isolated in a different time zone without a car due to the devastating bush fires for two months. I was forced to heal in silence, far away from everyone and generally 'get on' despite skirting the edges of a nervous breakdown. I hallucinated and I cried for weeks. I got through it. The same happened this winter in Spain. Again - I got through it.


“No one is ever satisfied where he is.”
Antoine de Saint-Exupéry, The Little Prince


Now it's Spring and for the first time in months, I feel less alone because everyone else is now going through a similar process to the one I went through. We are all at home, some alone, facing ourselves.

“Where are the people?” resumed the little prince at last. “It’s a little lonely in the desert…”
“It is lonely when you’re among people, too,” said the snake.”


Living alone for the past year (on and off) has helped me immensely in accepting what's happening right now. Painting, over the past year, has become less important and the land more so. I have been obsessed with soil and rocks since November 2019. I have to sit on it, walk on it, stick my fingers in it. Listen to it, speak to it. Touch it. The land wants trees. Well, here it does. I can hear it. This is why I am growing conkers, acorns, chestnuts, walnuts and hazelnuts on my roof. Nut trees are good, they feed birds and are less likely to be cut down by locals.


I am also growing them not just for the land, but for me. I will keep a couple behind to put on my terrace as I don't know when I will be able to leave the house again. Now is the time to create an ecosystem on the roof. Deliveries are not really happening in Spain at the moment, so I am using EVERYTHING I can find. I am drilling holes in the large plastic boxes I used to move house in. Packaging trays for mushrooms, buckets for paint, some plastic pots that had brownies inside from a lunch break when I was teaching in Cairo. I don't have the budget or the delivery system to do it any other way. 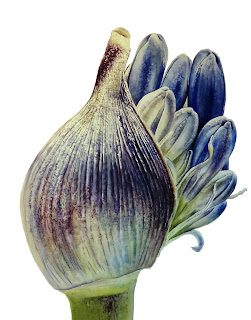 Most of the seeds are coming from my food shopping. I have a lump of ginger, peppers, tomatoes and a garlic bulb that sprouted. I have seeds from my garden in London that are ten years old. I planted them last week and they are already growing. Now there's a hopeful sign if ever there was one. A seed, that has been still and dormant for ten years, suddenly growing. We too will grow after this has passed.

This darkness you're in is your eclipse,
wait for your illumination.