In 1998, Wandersee and Schlusser introduced the term ‘plant blindness’. They defined the term as ‘the inability to recognise the importance of plants and the misguided ranking of plants as inferior to animals’. Plants can be viewed as the main mediators between the physical and biological worlds and play a significant role maintaining the climate. Therefore, it can be argued that plant blindness is a considerable hurdle to be overcome as we can assume that without sufficient recognition, it is unlikely that policies in plant conservation will be supported at a time when we need them the most.


While theoretical assessments of plant blindness exist, there has been little done to implement and evaluate strategies that directly address or alleviate the problem. Clearly, awareness of plants is advantageous for both economic and social reasons and that there hasn’t been a more appropriate time than now to improve our familiarity with the world’s flora and its uses.

The way we are living our lives causes the climate to change and critically endangers many natural habitats. Finding a solution to this has become a massive cross-cultural challenge. We have already taken substantial steps in addressing the crisis politically, but it is imperative that the issue does not just sit within the governmental and scientific arena, but that it becomes part of our social fabric. I believe that with imaginative, creative thinking we are able to design and cultivate a globally recognisable visual language. I therefore want to develop our existing knowledge and use of scientific visual statements so that we can design better policies and more globally effective forms of communication. 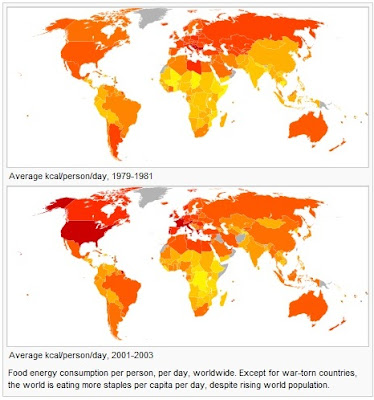 By implementing an artistic visual language to extend current scientific representation in botanical art, I propose that it is possible to realise a more comprehensive and inclusive approach to environmental awareness.

The practice of early botanical art was first developed in medicine. Illustrations had an important role in herbals by transmitting information to individuals so that plants could be identified without the use of words. Through the means of observation, illustrations would depict a plant with its key features throughout an entire life cycle. More recently, botanical illustration has been used in many different fields of biological study and over time, scientists have developed strict guidelines for this type of illustrative work, creating a highly specialised visual language that is still used by botanists today. Although useful in science practice, I believe that this narrow view and use of botanical illustration, along with the ascendant use of photography, moves botanical art away from the aesthetics and spirit of our enquiry and has possibly contributed to its departure from mainstream media and the visual arts.

Fortunately, there are now botanical artists working to reverse this change who are questioning the traditional usage of botanical illustration. This can be seen through some significant contemporary changes in style and direction. An extremely apposite example is the 2011 piece by the artist Rachel Pedder-Smith, who presented an 18ft long painting using plant material from the herbarium at Royal Botanic Gardens Kew. It illustrated the new biological classification system based on DNA sequencing and was a bold, beautiful statement about the advanced level of our scientific knowledge.

As a botanical artist, I am constantly exploring divergent approaches to observation in order to challenge the efficacy of our existing scientific language and to inspire people to think beyond their own interactions with botany. My intention for this project is to build a collection that utilises new techniques that have never before been applied in botanical art, so that I may confront our current perceptions of botanical art, its applications and how it sits within the larger scope of scientific communication. Additionally, I propose to analyse the psychological and cultural reasons behind the science-art divide and how this impacts society whilst researching how people can engage with more inclusive and harmonious botanical projects.

The culmination will be an interactive piece highlighting the global impact of the consumption of botanically based products. In 2012 I began a personal diary recording the origin and use of every single plant and its derivative that I consumed over a twelve month period; from food and cosmetics to textiles and pharmaceuticals. I recorded the quantity I used and logged the companies and locations involved in every plant’s distribution. I intend to assemble this historical data into a detailed and illustrated presentation that chronicles the manufacturing and distribution journey that commercial products make from their initial life cycle to the consumer.

In accordance with traditional botanical illustration methods I propose to paint a collection that depicts every species accurately and to scale. It is my intention that the scale of each species will indicate the quantity consumed and not that of physical size. This project has continually evolved since its inception and it builds on several years of previous work and research with plant collections. It will be original in its capacity to highlight and underline the connections between the mechanical and natural worlds and in its ability to challenge our current perceptions of botanical art and its use.  The project will deliver not only on the final collection, but also with an exhibition of all supporting research and the expected publication of papers in the relevant scientific journals.