I have started a new piece under the Great Pause of Covid - 19.


I have planted 30 conkers in upside down Mahou beer cans, reminiscent of the Verdan Trees which were planted after the First World War. Once growing, they'll be arranged in a theatre, akin to 19th Century Auricula stages, because plagues extend limits like theatre and are physically transformative and disruptive. The next stage of this project is under development, like all things. Let's hope they grow!

"The theatre restores us as our dormant conflicts and all their powers, [...] for there can be theatre only from the moment when the impossible really begins."

Antonin Artaud - The theatre and its double


The Verdun trees are Horse Chestnut trees, planted in the United Kingdom in the aftermath of the First World War. Conkers were collected from trees on the battlefield at Verdun, and sent to England to be distributed and planted as war memorials. 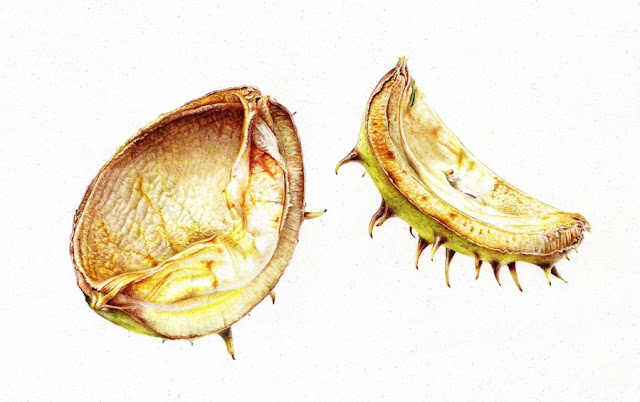 Úrsula Romero (Jessica R. Shepherd) is a British artist, publisher, curator and botanist. Collaborating with scientists and artists across the world, Úrsula’s projects consider our place on Earth in the context of time.

Predominantly a painter, Úrsula plays with light and scale to create intimate, poetic engagements between people and their natural environment. She combines her Romantic sensibility with a botanist’s eye, making works that bring us closer to the mystical, the irrational and the sublime. Around her creative axis spin ideas about longing and desire and being lost or overly confined.